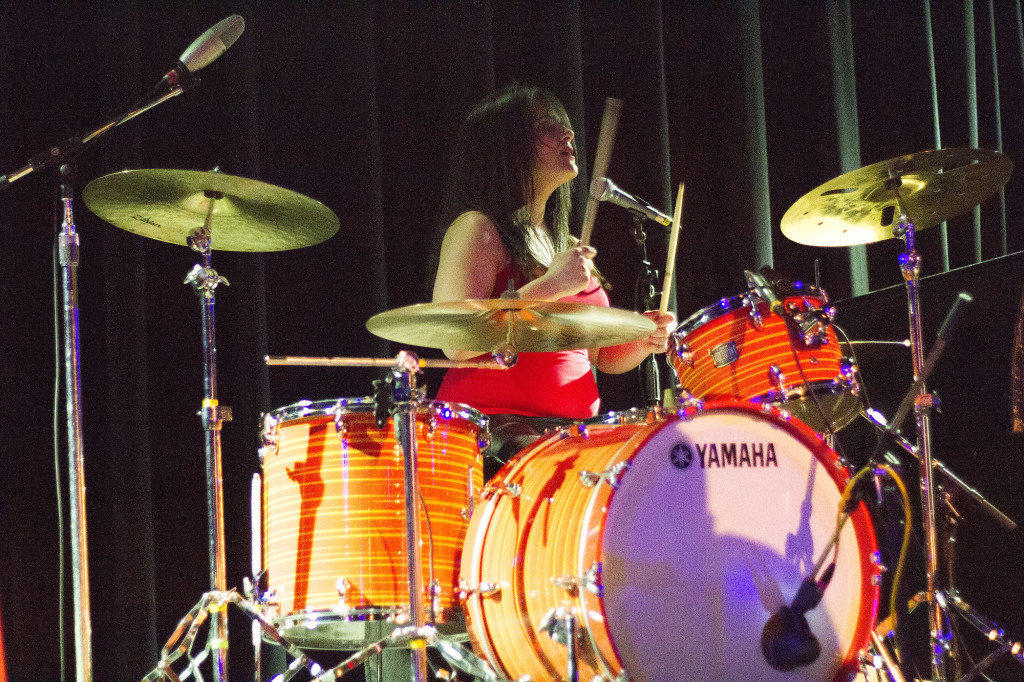 The Stage is a Safe Place: Joanna Vassilatos

Artist Profile, Music With A Cause
by Julie Simmons
5

Joanna Vassilatos sits behind a desk in a red painted room at the School of Rock in Naperville, Illinois. A loud rehearsal sends tremors through the walls like a melodious earthquake. In the corner of the room hangs an oil painting of a concert poster commemorating a show when Radio Vago played with the Yeah, Yeah, Yeahs at the Henry Fonda Theatre. Vassilatos was the drummer for the Los Angeles based band, Radio Vago. She taught herself how to drum in high school in a suburb of Chicago where she was born and raised. Later, at Boston University, she continued to pound her sticks while working toward a double major in Psychology and Pre Med with a minor in Business. Oh, and she was running a women’s center too.   In other words, Vassilatos is a force behind the drums as well as in her personal cause:  helping girls. 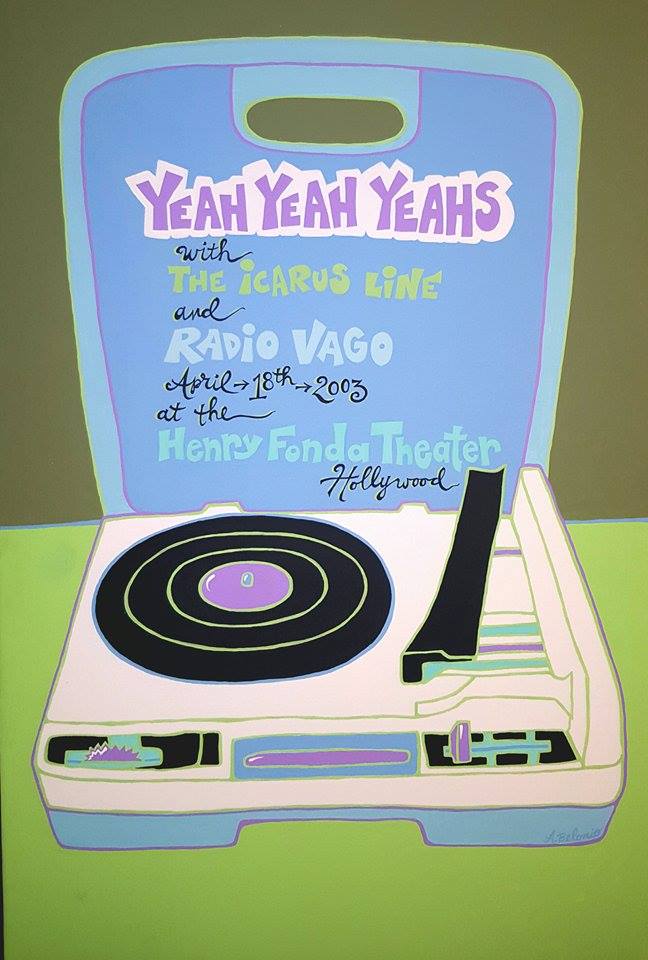 Her eyes ignite with passion as her voice rises to explain the incredulous circumstances on Boston University’s campus, “At a school with 35,000 kids, there wasn’t anything as far as a crisis program for women. Every year I would set up a Take Back the Night [organized, annual event for rape victims]. For many of these women, that night was the first time they’ve ever shared their experience. It just broke my heart.” As her mind reels with memories, Vassilatos is spooling her index finger using the thin white wires from her earbuds.

So Vassilatos moved out to Los Angeles in 2000. She never returned to Boston. Instead, she continued to pursue her passion for music and, specifically, drumming. She vividly recalls creating drumbeats using the Southern California landscape…even the freeways.

“I’d look at a mile marker and as the cars passed the marker, that’s what the timing for the beat would be. Or, if I was looking at palm tree, palm tree, power line, palm tree; the power line could be a quarter note and the palm trees were half notes. But it’s really all about where the feeling needs to go.”

She also remembers the night when a friend’s roommate was going to see “some band at some club.” In that moment, Vassilatos said abruptly to the concertgoer, “Hey, ask the band if they need a drummer! And she’s like ‘Well, they’re a band. No, I won’t. That’s rude. That’s like asking someone who’s dating to go out.’ But sometimes I get in a mood. So, she goes to the show. And when she gets back she’s like ‘you’re a mother fucker! After the last song they announced that their drummer is leaving and they’re looking for a new one.’” That band was Radio Vago, an all-girl punk group based in LA. And yes, Vassilatos became their new drummer. 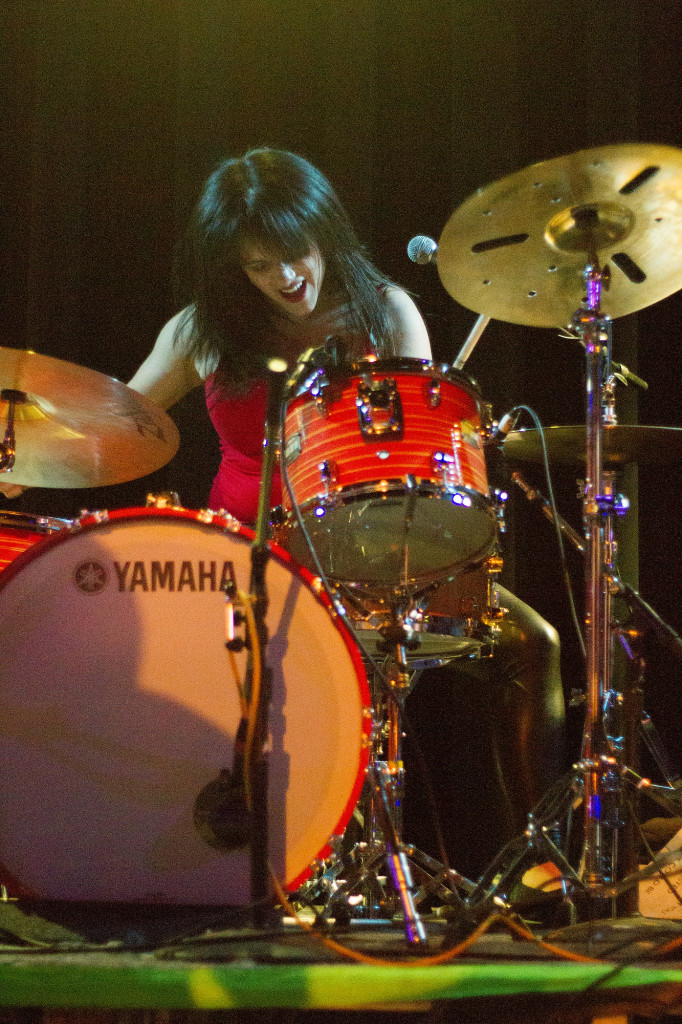 She smiles proudly, “the whole mission of Radio Vago was to inspire women. And we’re really proud of what we did.” By the early 2000s, the female indie rock scene had exploded and Vassilatos was now part of an intimate circle of female musicians. She was touring the globe with Mars Volta, The Breeders, Yeah Yeah Yeahs, The Distillers and Sleater-Kinney. On stage, she felt free and outgoing. She recalls, “I always made sure to put on a show when I played drums.” Yet, ironically, while Vassilatos’ stage persona was powerful and attractive to audiences, it wasn’t until Radio Vago broke up and she started singing in a Def Leppard cover band that she realized her theatrics were actually covering something up.

“I started taking lessons from a successful acting coach in LA. After watching me sing on stage, my coach said, ‘Cut that shit out!’ He said, ‘You’re using that big act to hide. Your real power is in your essence.’ So, I tried it out. I’d just stand there and sing. It was scary but it was a much more intimate experience with the crowd. I realized that while I wanted people to see me, I didn’t want them to see me.”

Earlier, we had been talking about helping women in crisis and now about hiding and opening up. I ask respectfully yet plainly, “Were you ever sexually abused?”

Joanna doesn’t answer verbally. Instead, she seizes a deep breath and spreads out her trembling fingers to demonstrate the lasting impact as moisture pools into the crevices of her dark eyes. We stare at each other across the desk.  Both of us poised with our stories. But instead of “going there,” we engage in a discussion about how music fits into the complicated reality that continues to plague females.

“The statistics are bullshit. One in every five report [sexual abuse],” she mutters. “But I think it’s more like one out of two girls. The thing about the stage,” she’s triggered into a new thought, “is that you can’t be touched on stage. I mean maybe Kanye at the fucking GRAMMYs but otherwise, no one can touch you on stage. After you’ve been through a physical trauma, you want to create barriers. The drums can be like an extra barrier. I also think part of the reason I like being a drummer is that you feel that control. You get to control the beat. Or, you think you’re in control.”

In the years Vassilatos was living in Los Angeles as a musician, she also fostered an incredibly successful career in the music industry working with Golden Globe and GRAMMY award winner, Diane Warren, then as a production manager for a major event production firm after which she worked for the GRAMMY Foundation. But by February 2013, she would find her way back home in Chicago and desperate for a new path.  Today, Vassilatos is the drummer and singer in the Chicago-based power pop band, The Punch. But it’s her role as the Regional Sales and Marketing Manager for several School of Rock locations in Chicagoland that seems to be fulfilling the mission she originally set out to accomplish. 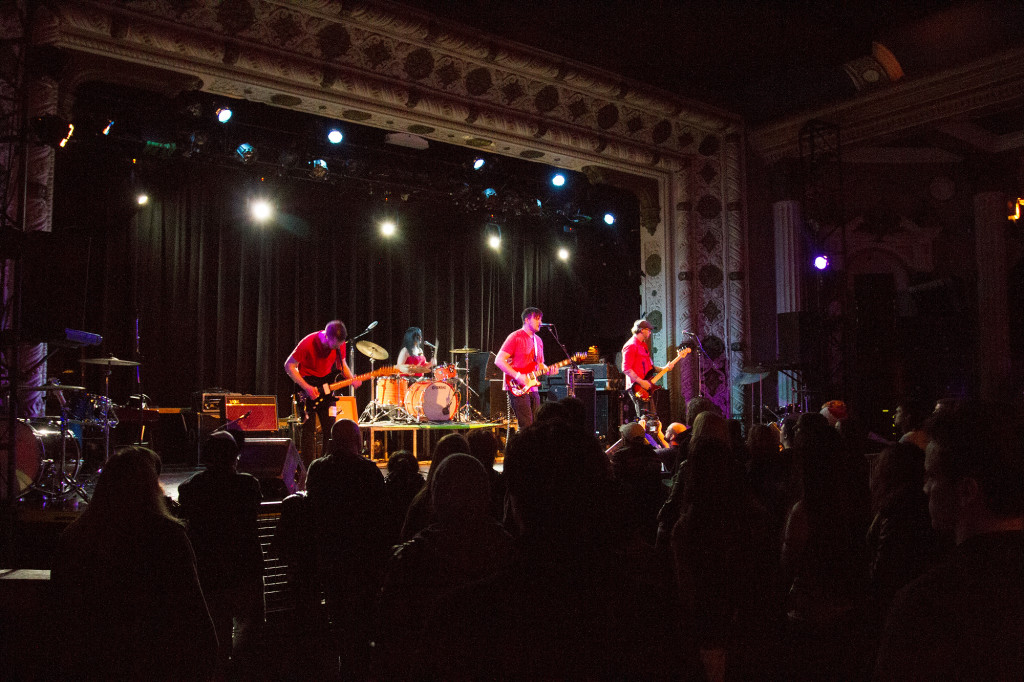 “This place saved my life,” she confesses bluntly, lacing her fingers and leaning in. “What I wanted to create here is a safe space. A place where you feel safe and you feel loved. Especially, for the girls. The guys will come. And a lot of these young boys come here and they’ve been beaten down emotionally and spiritually and they’re only eight years old. But I always wanted to build a place that felt like a safe home and I think I did that. I could only judge that by the fact that people are still coming through the door. Even if I move on eventually, I feel that my spirit is in these walls. I put my heart and soul into this place because it’s all I had.”

As we exit the room and round the corner, kids are lined up for their weekly lessons. There, we’re approached by a bright-eyed girl framed by trendy purple glasses and two missing front teeth. In her hand, she’s gripping slightly splintered drum sticks. She’s seven years old and she loves to drum in this place Joanna Vassilatos calls home.

This article was originally published in Tom Tom magazine (a magazine for female drummers) on 10/24/2015.  Read the original article here.

To learn more about The Punch band here.

To learn more about the School of Rock locations where Vassilatos works, check out: