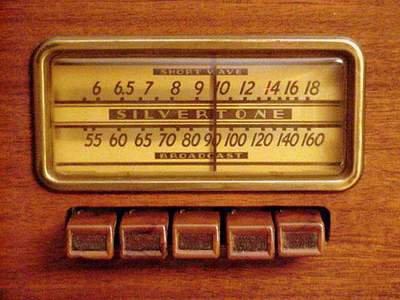 Turn Off Your Oldies: The Case for Listening to “New Music” After 33

Last year, a Spotify-based study reported that the appetite for discovering new music slows down after the age of 33. Sure, that middle-aged dad might’ve heard the latest hits by Adele and Justin Bieber on the radio but he’s not actively seeking new music. Instead, he chooses to listen to songs from his youth. And, of course that’s not surprising or wrong. Also documented, is a recent study by Jenny Groarke and Michael Hogan of the National University of Ireland that found for most older adults, listening to self-selected music improves overall well being. In fact, our old favorites can even help “transcend mundane circumstances.” But what would you think if you read that listening to your “oldies” is actually stunting your developmental growth?

This is a theory that just about everyone over the age of 25 will want to contest quickly. We like the music we like. We can feel it in our brain and our body when we hear a good song from our past. But the reality is, those magical, endorphin-infused moments are actually few and far between. For most of us, those “oldies” (whether it’s smooth jazz, 80s hip-hop, Motown or grunge) just might be sedating us into a fog of yesteryear.

Put it this way: Let’s pretend you hear a song you haven’t heard in more than 20 years. The spontaneous manner in which that song finds you — in that precise moment — can hit you like a stiff drink. You exclaim, “Oh my God! I remember this song!” And you feel like a genius because the lyrics are spilling off of your tongue effortlessly. Such a phenomenon should never be challenged by an academic scholar. But how often do these moments actually happen when you’re mostly tuned into an all-70’s, classic rock station? Do you get the shivers when you hear the opening chords to The Eagles’ “Lyin’ Eyes”? Chances are…no, you don’t.  In fact, the more we listen to the same music, the more we’re likely to dilute the potency of fond memories. That one song that used to trigger images of your first kiss is slowly being smothered by countless images of rush hour traffic and the choke of exhaust fumes.

That one song that used to trigger images of your first kiss is slowly being smothered by countless images of rush hour traffic and the choke of exhaust fumes.

Perhaps we’re willing to sacrifice sharp memories in exchange for mental acuity. Research does point to the benefits of Alzheimer’s patients recalling songs with strong emotional connections. But what about exercising the part of the brain that tries to memorize new verses and melodies before dementia and Alzheimer’s strike? Better yet, why not listen to music that reflects who we are and what we feel today?

Renowned psychologist, Erik Erikson, identified the adolescent years as a time when people (whose basic needs were all being met) would grapple with role identity vs. role confusion. Whether you thought you knew who you were or felt utterly lost, alone and confused when you were 15, there was music for those emotions. But we’re no longer 15 years old. Essentially, listening to the music of one’s youth can also widen the gap between who we used to be and who we are today. For some, this might be a deliberate effort. Maybe some of us liked our old selves better than who we’ve become. Regardless, many of us are stagnating within an old developmental cycle when in fact, we’re facing new challenges today that could use some musical empathy.

As Erikson outlined it: From the ages of 18-35 we’re questioning “Can I love?” Between 35-64 we start wondering, “Can I make my life count?” And after that we ask conclusively, “Is it okay to have been me?” In other words, when we stop listening to music that at least attempts to bring context to our current life stage, we sort of stop growing. The good news is there are songs for all of these questions and life stages.

You might be sarcastically asking yourself if now you’re expected to listen to Saul Williams for wisdom. Maybe. Or perhaps you’re assuming that if you’re in your 70s, it necessitates that you have to listen to a fellow septuagenarian like Mavis Staples or an octogenarian like Loretta Lynn. Maybe.

Before moving on, it’s important to note that while it seems all of humanity has been wired to respond to music, the world is made up of people who are “into” music discovery and those that never were and never will be into music discovery. (Just as I can walk but I will never be “into” running). This article is not a plea to convert people who have been content with Top 40 to suddenly mine for music as if it’s a buried treasure.  Nor is this story suggesting that you scrap your dusties.  This is a wake up call for the person who used to be really into discovering music — whose hairs on their neck and forearms used to rise upon the first listen of a new album as if that music was a freshly rubbed, static producing balloon.  Somehow, that person temporarily lost their passion and drive for music. But it’s never too late to get it back.  So, if you’re into music discovery and you’re open to turning the dial away from that one Pandora station you tend to fall back on, the biggest challenge will likely be knowing where to begin to find music that connects with you in this moment.

This is a wake up call for the person who used to be really into discovering music — whose hairs on their neck and forearms used to rise upon the first listen of a new album as if that music was a freshly rubbed, static producing balloon.

If you’ve heard yourself complain, “they don’t make music like they used to” or “today’s music is crap,” then for the next year (starting today) try only listening to music that was released no less than one year ago. If you flippantly claim to like “all kinds of music,” for one year, challenge yourself to listen to genres you’ve never heard before like math metal or Zulu music. Trust me, you have not heard “everything” and you will not like “everything.” Or for an “organic approach,” you can begin to make a new mix. Give this phase of your life a name and start populating the playlist with appealing songs as they come to you: in a commercial, a Facebook friend’s YouTube link of a band you’ve never heard, or from a satellite radio station you’ve never tried.  There will always be a place for the beloved songs from our childhood.  But listening to new music might not only good for your personal development, it just might lead to a new interest in a band, going to a live concert and maybe even meeting new friends.

And if, by chance, you’re nodding right now and feeling a little self-righteous because you only listen to new music, go back and listen to something old that’s entirely new to you. That’s how I got into Sister Rosetta Tharpe, recently. Being open to “new music” is a daily practice and you never truly arrive.

(This has been a public service announcement).

To join in on the conversation, look for us in the Facebook Group:  Music Makes You Think