How Joey Valence & Brae Are Succeeding Without the Music Industry

Artist Profile, Up and Coming
by Julie Simmons
4

Joey Valence & Brae started releasing music on social media earlier this year. Over the course of a few months, their songs received millions of views and listens across every major streaming app. They’re performing to large crowds at festivals both in the U.S. and overseas. According to the rap duo, A&R (artists and repertoire) representatives are calling and trying to figure out how they’re doing it without them.

For this interview, 22-year-olds Joey Bertolino (Joey Valence) and Braedan Lugue (Brae) are Zooming from their respective parents’ homes in Pennsylvania. They’ve just returned from their first European tour and are preparing to do shows in Las Vegas and Chicago. Lugue joins the call like an old friend. He’s sitting in his bedroom, wearing a t-shirt and suspenders. Valence is in his own bedroom. He dons a pink, floppy beanie. His favorite microphone, a Shure SM7B, sits next to him on a stand he received from The Ellen Show a few months ago.

Valence reflects on what’s been a short time span, “We’ve had this super abnormal start to our career because we blew up, streaming-wise. We’ve never had to work from the ground up, opening for people.”

Lugue interjects, “It’s crazy that these kids are coming to shows to see us headline!”

Traveling at an accelerating pace is met with social media expectations to release more music quickly.

Valence shrugs unconcerned, “All we need is a laptop and a microphone.” 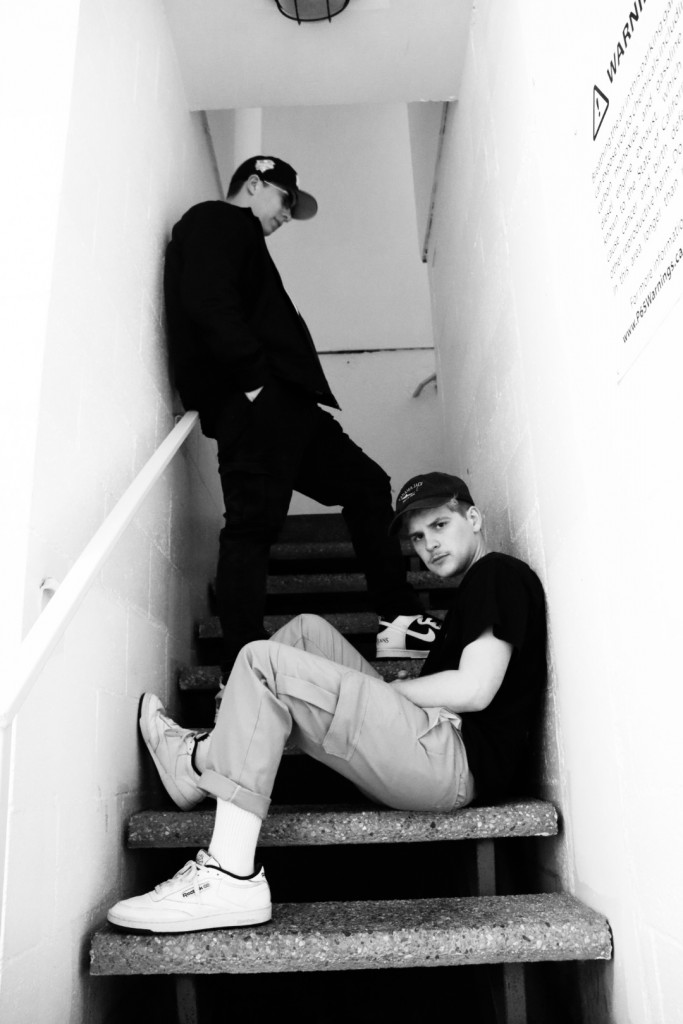 Valence has been producing his own music from his bedroom since he was 10 years old. He started with FL Studio (a digital audio workstation), a laptop, and a microphone. Today, Valence is still using these same tools that when combined with social media, can accomplish everything recording studios, labels, publicists, and music video directors have done to promote bands in the past. Despite the convenience, skill and patience are still required.

For each new track, Valence listens to audio clips for hours. Some sounds inspire interpolations. But mostly, he uses royalty-free, fully produced audio samples from websites or old sample CDs. Once the music is mixed, he brings it to Lugue for the taste test.

Valence explains, “Braeden [Lugue] is the filter between my dog shit brain and the actual product. Because if I play something and he gets hyped about it, I know it’s good.”

For the next five minutes, Valence loops the beat and records Lugue rapping lyrics from his notebook. Valence later adds his own lyrics which oftentimes refer to musical influences, video games and consumer packaged goods brands from childhood. They give themselves 48 hours from the first beat to the final master. Nothing is overproduced and because of this, fans can tell that what they’re getting is the unfiltered sound of two best friends having fun.

Lugue reveals, “If you listen to our vocal cuts, usually, someone in the background is laughing.”

Like the music, their videos are made quickly; often in one-take, using cell phones or the camera on a Nintendo DS.
“The visual aspect is just as — if not more — important as the music. Our videos are just another example of our antics,” Valence says and then leans into the laptop’s camera to highlight an important point. “Our friendship is what fans see as aspirational.” 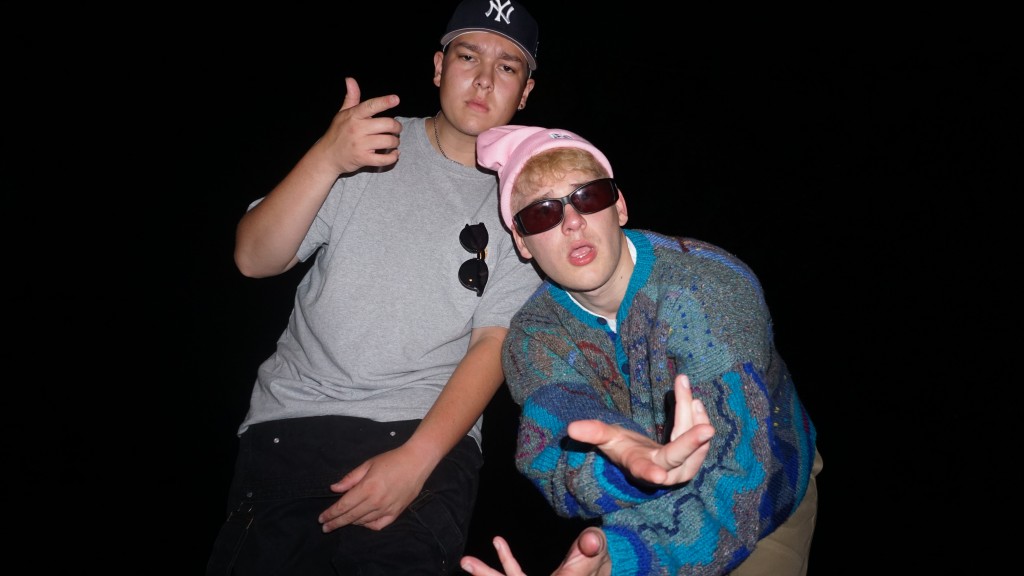 “We like to make our shows like a giant house party,” Lugue contributes. “It’s so dope when we meet fans after the show. They say, ‘I just want to hang out with you guys! You guys feel like my best friends!’ And we are just like them.”

While Valence and Lugue have accomplished a lot on their own, they proudly share credit with a small team that’s helping them to navigate their musical journey, including a manager who they describe as a third member of the group.
When asked what advice people are giving them, Valence reports, “Just ‘Keep doing what you’re doing.’ And ‘Don’t be stupid,’ is really the advice we get.”

Lugue agrees, “Yeah, we’re told not to be anyone we’re not. And we always show how thankful we are at shows. We couldn’t be more thankful. Just to see everyone’s faces light up when we’re up there. We wouldn’t be here without every single kid that found us through Instagram or TikTok. It’s the most beautiful thing in the world.”