Moving Towards the Music: A Look at Immersive Sound Technology

Last spring, Ken Stringfellow (of R.E.M., Big Star and The Posies) returned from a European tour with recording artist, Holly Muñoz. Amidst their touring, “Holly & Ken” recorded an Americana country album…in France. But what was even more unusual for them was singing into a microphone with eight audio channels that was tracking every physical move they made.  Just about all of us are familiar with high-quality, surround sound in movie theaters. And many have had the pleasure of listening to digitally mastered music through expensive headphones.  But, really, what can sound better than that?  Well, actually, the latest immersive sound technology sounds better than that.  Recent advancements in IS technology are now capable of luring listeners to reach for music like an audio hologram. New innovations are also making it possible for electronic composers to choreograph musical notes as they do a spatial dance around the listener.  Recently, the Houston Press ostensibly pushed Rock n’ Roll’s headstone into the soft dirt claiming it was officially dead. Is it?  As Iggy Pop recently admonished listeners at the 2014 John Peel lecture: “The best way to survive the death or change of an industry is to transcend its form.”

“It’s very sensual,” Muñoz giggles as she reflects on recording her country album. “When we sat around this special microphone, it was recording us in a dimension of space. So, during playback, if the listener turns his head to the left, he hears more of what Ken [Stringfellow] was playing. And, if the listener turns to the right, it’s as if he’s turning towards me while I’m playing. My voice and guitar strumming get louder or softer depending on where the listener moves.”

According to Dysonics (the developers of the eight-channel RondoMic and related software) this unique experience is made possible by encoding music along with an attachment to headphones.  When the technology is combined, it can turn an ordinary stereo experience into a motion-tracking, panoramic music experience with spatial effects.  The process of recording immersive sound for Muñoz and Stringfellow’s album, The Record, can be seen in a mini-documentary. In the film, Muñoz explains her attraction to the technology. As she saddles up to the camera, Muñoz shares like a friend, “I really like the idea of using this technology that hasn’t even really hit the market yet. I didn’t know what we were going to do with it or how we were going to incorporate it but it seemed like for this updated country record…of this moment [says to self], ‘Well, of course, we’d use a mic that came out of an incubator.’” 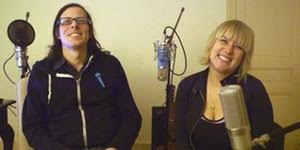 Executed differently, Björk recently applied the same Dysonics technology to tell a biographical story at New York’s Museum of Modern Art. At the MoMA “Songlines” exhibit, Björk’s story changed depending on where the listener strolled within the exhibit. Immersive sound is also being tested at “silent discos” (also known as “silent raves” or “quiet clubbing”) where a deejay plays music to a room full of people wearing the wireless headphones.  Of course the technology still has its limitations. When asked what would happen if someone wanted to listen to their favorite album while jogging, a spokesperson from Dysonics confirmed that while they do have the ability to remaster previously recorded songs, it’s not as if you can run for a mile and experience a mile’s worth of sonic experience.  At least not yet.

While the listener’s movement within a song is a new advancement in the evolution of music, IS technology has been around for a while. Defined as softening the line between the physical world and simulated reality, immersive sound has been an evocative tool for musicians since the early 90s.  In 1993, the ever-experimenting Peter Gabriel used Mindblender’s Rock Motion Theater to create “the first music video that you can ride.” Set to Gabriel’s single, “Kiss that Frog,” up to 18 passengers could sit inside the portable theater that pumped six channels of surround sound and used flight simulation technology to make the riders feel as if they were part of the music video. The ride gained some media attention and went “on tour” but both the attention and the tour were short lived. And although the Rock ‘n’ Roller Coaster Starring Aerosmith remains a successful theme park ride at Disney’s Hollywood Studios, Gabriel’s original vision for a musical theme park has yet to manifest itself.

Apart from musical rides, in 2007, U2 transformed their “Vertigo” tour into a 3D immersive sound experience. Known as U2 3D, the film was only released in digital 3D and IMAX 3D theaters.  The film received positive reviews and managed to bring in more than $22 million worldwide. In fact, its success inspired about a dozen other 3D concert films by artists like Katy Perry, Justin Bieber, Jonas Brothers, Metallica and One Direction. But, so far, 3D concert movies haven’t revolutionized how we regularly interact with music. Maybe it’s because if people are going to pay a lot of money to feel like they’re at a concert, they might as well just go to the concert. Or maybe 3D concerts need to be even more convenient than going to your local theater.

Enter Paul McCartney and JAUNT.  Through their partnership, they’ve been able to offer a taste of that IMAX experience in the comfort of your home. To operate, the viewer fastens their mobile phone into a cardboard device with built-in 3D lenses then downloads the free video by JAUNT.  That’s it.  Now the concertgoer is free to physically wander around the virtual stage while Paul McCartney and his band perform “Live and Let Die.” If you’re simply playing the song off of a mobile phone speaker, the audio experience can get in the way of full absorption into virtual reality. But by using high quality lenses with high quality headphones, a truly unique experience is achieved. And yet, IS technology still hasn’t exactly revolutionized how we listen to music the way the AM/FM radio or the iPod shuffle has. Is it possible that listeners are consciously rejecting immersive sound and virtual reality?

“Not sure about that,” challenges Greg Kot. Kot is the co-host of WBEZ’s “Sound Opinions,” author of numerous books about music and long-time rock critic for the Chicago Tribune. “Holograms are becoming more of a draw as a concert performance [for example] Tupac and Chief Keef. There is supposedly a Whitney Houston hologram tour being set up for next year.  Intimacy will always be a huge draw – hence, the holograms. It’s the ‘closest’ people will get to dead stars like Tupac and Whitney.”

If one end of the IS spectrum increases the intimacy between the listener and artist, the other end enhances the relationship between the listener and physical space.  Dr.Curtis Roads at the University of California in Santa Barbara recently wrote a paper on “Spatialization in Electronic Music.”  As his study suggests, Dr. Roads is particularly excited about how music functions in different spaces.  He explains, “The real world is pluriphonically spatial on every time scale. We can enrich our music by taking this into consideration. As a phrase [of music] unfolds, the position of each sound object creates a dynamic spatial dance. This choreography is intrinsically fascinating and meaningful to audiences. As a result, in electronic music, spatial strategy has become an integral facet of composition strategy.”

Now, when Roads talks about electronic artists, he’s not referring to Daft Punk or Deadmau5. Instead, Roads is referencing professors, like himself, that are manipulating sound.  In his world of academia, there are a few ways to manipulate sound.  One is to apply what we know about soundwaves and arrange audio speakers around large audiences accordingly. Another way is to create (or even re-create) music using ProTools and Altiverb 7.  Altiverb 7 is not popular among the general public but many of us have probably experienced the “reverb” effect by hitting the dial on a stereo made in the late 90’s.  Not to be confused with making a sound slowly decay, this sort of reverb takes a dry recording of an instrument and places it in an entirely new environment.  In other words, Altiverb 7 can take the dry sound of an acoustic guitar and make it sound as if it’s being strummed in, say, the Sydney Opera House.   So, if you’re a musician, you could use this program to make it sound like you’re playing anywhere in the world.  And if you’re the listener, the environment can be altered to transport you to virtually anywhere in the world. 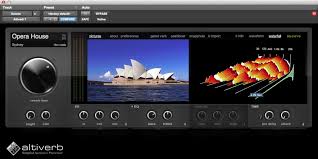 So, sound can be manipulated to make the listener feel as if they’re hearing music in different environments. But what about improving the actual environment so it’s not so…simulated?  Fortunately, there’s an electronic artist that’s trying to make our noisy world a little more like a Shangri-la.  James Murphy is an electronic musician and frontman for LCD Soundsystem.  For decades, Murphy has harbored a small dream of surrounding New York commuters with beautiful sounds.  Recently with the help of Heineken (as part of “Projects to Make Cities Better”) Murphy and Heineken are attempting to replace the current sounds being made by NY subway turn-styles with melodic sounds.  Murphy rationalizes, “The rush hour — instead of being a nightmare — would suddenly become possibly be the most beautiful time to be in the subway…The turnstyle has to make a sound.  It might as well be beautiful.” 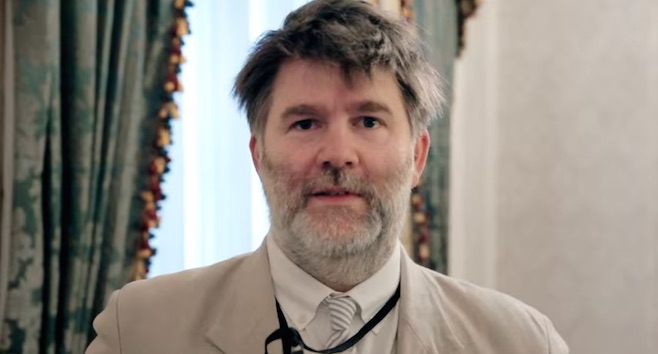 While Murphy’s idea is innovative, it also points to the simplistic notion that the world around us is a mere symphony (or cacophony) and we are all musicians — whether we’re skillfully using instruments or starting the ignition on an old El Camino.  The fact that we then get tantalized by virtual reality and sound immersion might just be a matter of “art imitating life” but if it keeps artists and listeners engaged, so be it.

For more information on Ken and Holly’s album called “The Record”:
www.kenstringfellow.com
www.iamonteamholly.com
http://www.pledgemusic.com/projects/kenandholly
To watch the mini-documentary on how Ken and Holly recorded their album using immersive sound technology, check out: https://vimeo.com/138589779