It starts with a feeling that there will be great responsibility but he’s not sure where it’ll show up.  Years later, there’s an epiphany.  He sees someone seemingly insignificant performing with passion.  And then, the declaration:  This is what he wants to do from now on.   But it’ll take years before he receives the calling to move out of inertia.  When he gets harpooned by that calling, it keeps him up at night. Sometimes it wakes him up at 3am and orders him to write.  He has to make music.  The melodies that come to him are skeletal and they demand flesh.  He feels like a mad scientist.  The songwriter shapes it, works with it. He puts the songs in a closet until they’re ready to come out.  More waiting…

Sometimes it feels like the future has already happened.  It’s like an invitation from an alternate dimension. He can choose to ignore it but it’s almost inevitable that something’s going to happen.

He starts to talk about his visions like he just witnessed a car crash. He sounds inspired and crazy. He knows it. He can’t help it. He can’t make sense of it. Is he trying to describe some dream he had or is this the dream?

He keeps talking like it’s happening to someone else.

By now, his friends know that if you call him, he’s going to babble on about music or some obscure lyric that he can’t get out of his head. Creativity looks narcissistic. No one gets it when he says “the music doesn’t come from me.” A bunch of friends start to fade away because they’re partying in the trenches of their life stage.  But new characters are strangely drawn to him like moths to LED.

Especially at nighttime, he wants to give up.  This time, he will.  He promises that tomorrow morning he’s going to rejoin the real world. But every morning, this force instructs him to keep going.  Get up.  There’s nothing real about this world he’s been thrust into and there’s no turning back.  When inspiration hits, he feels brilliant and “in the flow.” Then he feels stupid. Fortunately, when it comes to writing music, he has someone in his life who tells him which lines to murder and which lines will be spared their execution. Soon, there will be many opinions.  Too many opinions.  But for now, there’s just the creator and the critic in his head.

Strangers start to tell him that they can see something “big” happening to him in the future. If they can feel it, there must be something to this craziness.

Synchronistic things start to happen. Weird things. People call when he was “just thinking of them.” He was just singing a song in his head and it comes on the radio. Lights flicker during significant moments as if he’s on the right track. A near death experience doesn’t result in death because he’s supposed to live.

I have these ideas. When I hear this melody I see colors and flames and costumes.

There are a lot of creative musicians out there but not everyone is called to participate in this vision. He needs a certain collaborator.  The vision isn’t fame. (Everyone has that delusion from time to time). Fame might come with the calling but it’s not the point.

Who else gets this? 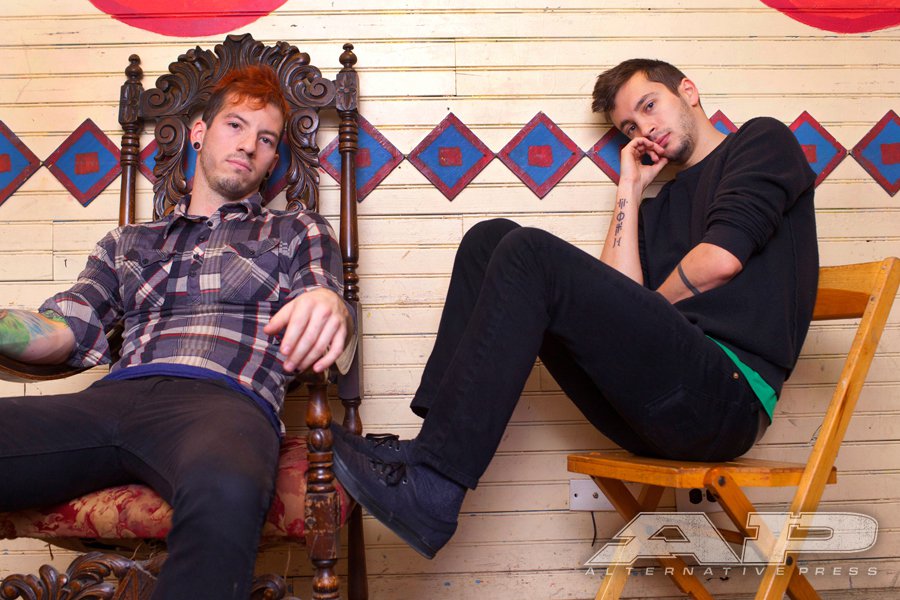 And even if they don’t fully “get” his artistic vision, who will allow him to see it through without getting in the way? Who will give him space and jump in and participate…right now? It’s gotta be someone kinda quiet. Good sense of humor. Someone who won’t compete. They’ve gotta be willing to take the journey even if they don’t fully know the purpose. This person has to be willing to put down the oars and walk away from the traditional, American lifestyle. Who’s willing to reject all of those milestones we’ve been trained to achieve since childhood?

The last musician shows up.  It is accomplished.

He’s still not sleeping at night.  He can’t stop writing.  It feels as if he’s being given messages for the masses.  The complexion on his face may or may not make him the perfect poster boy for these messages.  He looks into the mirror a lot to see what delivering these messages will look like to others.  Performing “that song” feels like he’s taking on the sins and suffering of the world. It does. And if he ever told someone that, he’d be called a heathen. Some may want to crucify him for making comparisons to Jesus.  So, just sing. Be “that person.” Just don’t talk about it.

The voice in his head tells him it’s time to open the closet again and start letting out more meaty skeletons. Other people are now called to put more muscle on the songs like producers and sound engineers. A band manager steps up. Someone needs to handle the press when that comes around. Who’s going to design the album and the merch? Oh, totally, that person.

Some family members always understood his calling.  The ones who doubted it are now on board. It’s as if they got the calling too. Everyone needs to “hold on” because it’s about to explode. Every song has a little heartbeat that was put into it like a Build-a-Bear. Soon, everyone involved will understand what it means when people say “it starts to take on a life of its own.” That’s exactly what’s about to happen. 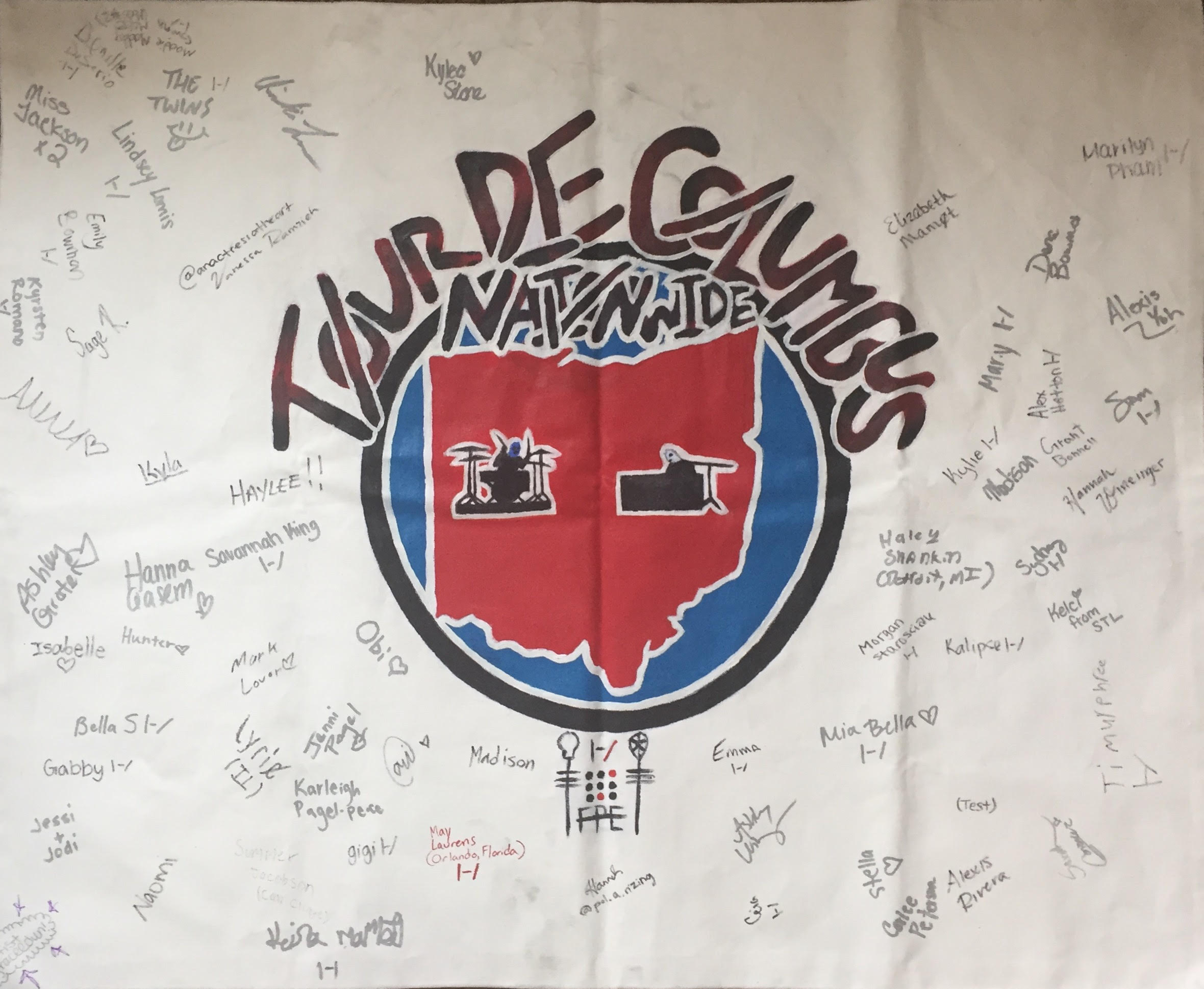 Early followers of the tribe are evangelistic.  They preach the music to their friends.  They give themselves a name. They use symbols to define themselves.  When someone else recognizes the name and symbols on t-shirts and school folders, it’s proof they’re also a part of the tribe.  They create a new dialect.  Fans are inspired to paint pictures, write fan-stories, cover his songs, start new bands and write music.

The language and symbols bond until they divide. This isn’t what the artist wanted. He never wanted to divide people. He’s not sure what exactly he wanted except to make music.  He didn’t know that by exposing his demons that everyone would show him theirs.  When he sings about being on the precipice, he doesn’t want anyone to actually jump.

The success that comes with all of this is supposed to be the reward but it starts to feel more like the devil.

He rationalizes that there are billions of people on Earth. So there are plenty of artists assigned to speak to them and help them pray to their Creator through music. Sometimes his muse will let him take a break. But usually, it’s only to suffer so he can live through it and turn it into another album. It’s a hard cross to bear but as long as he’s not distracted by contentment, he’ll continue to channel the words and melodies. It’s not a lifelong career, it’s a lifelong mission. And as the message changes, the early apostles will become disappointed.

Some people get scared thinking that the universe is too big.  They think they’re too small and insignificant. A stupid band on a minuscule planet among a tiny galaxy in this giant universe. Others focus on the microscopic world and it makes them feel large and our idols gargantuan. Every human must surf on the waves of vastness and insignificance, as they fold over one another.

Show up for the show and feel united. He’s been called to do this for you.

Then go on with your lives.

gods are made by people’s response to extraordinary humans. 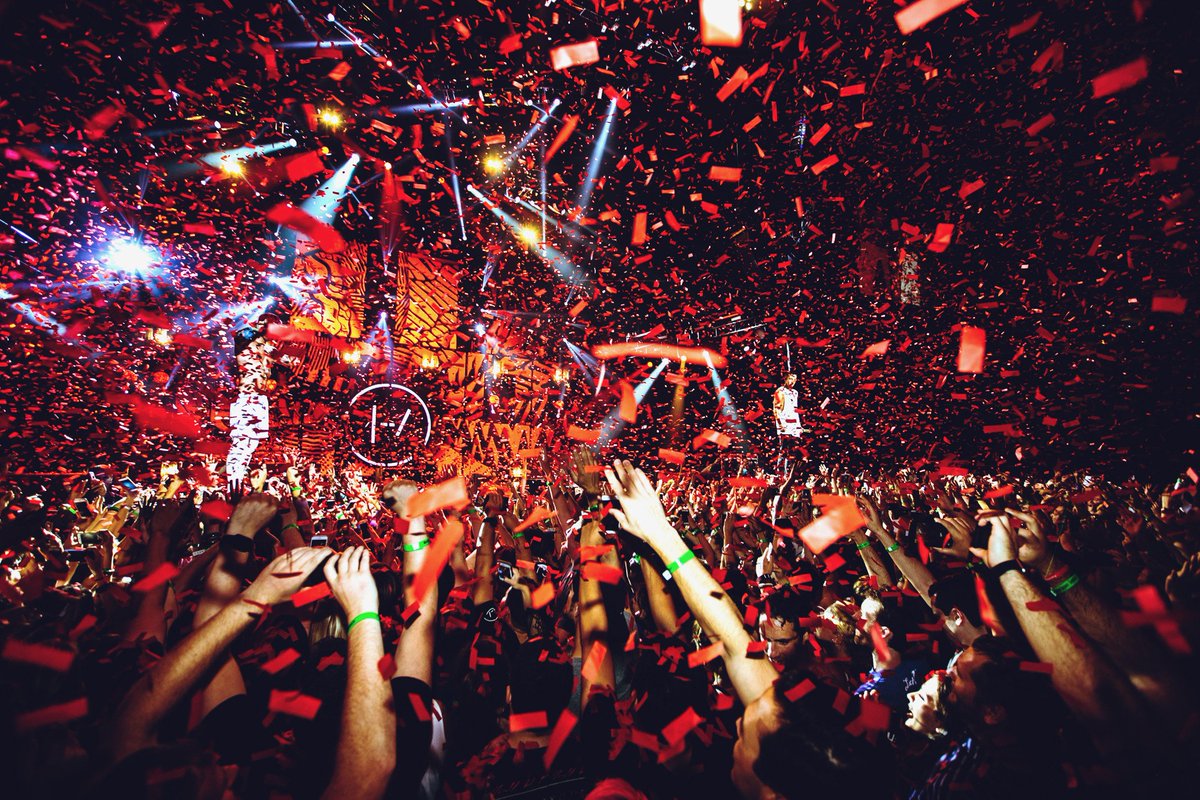 Photographer Unknown (to me)